Enter your City name or Pincode

People want to take a break from their regular routine and what better way than to travel and explore different places. Vizianagarm is an important city of the south Indian state of Andhra Pradesh. The region is famous for its intricate architecture, Biryani and warm and welcoming people. 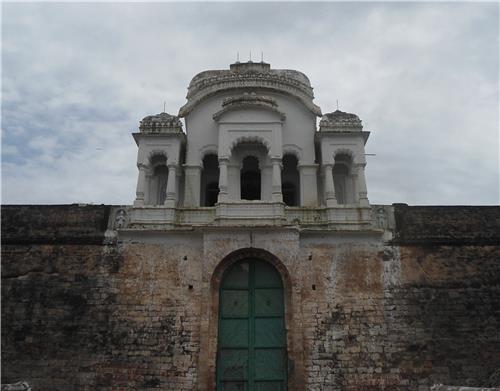 The beautiful Vizianagaram Fort is a standing example of the glorious past of the region. Experts believe that the city of Vizianagaram developed around the mighty fort. The quadrangular fort is simply an architectural genius. An ancient temple of Pydithalli Ammavaru is also situated in the vicinity. The idol of the deity was discovered on Vijayadasimi day in 1752. From then to now, each year on this day a large gathering of devotees head to the temple to seek blessings of Goddess Pydithallamma. 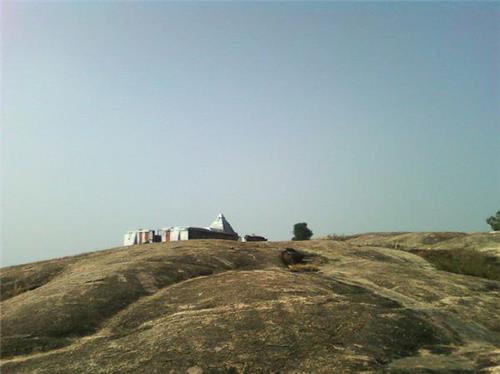 One of the most popular tourist attractions of the region is Ramatheertham. It is a 1000 year old temple dedicated to Lord Ram. The temple is situated on Bavikonda hill and is said to be built by Pasupati kings during 1650 – 1696 AD.

The temple is built on a huge rock which is the highlight of the temple. A nearby hill which is known as Gurubukhatakonda has the remains of Buddhist Mahastupa. Experts say that the stupa was around 19 feet high and 65 feet in diameter. Gurubukhatakonda also had a monastery, chaitya, pillared hall, expansive courtyards and many small stupas enclosed in the premises. The temple is located just 13km from Vizianagaram city and can be easily reached by both public and private vehicle. 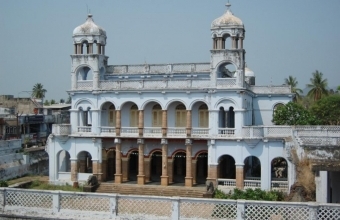 Bobbili is one of the many districts of Vizianagaram. Bobbili Fort is situated around 60 km from Vizianagaram city. The fort witnessed the war and remains the symbol of courage and bravery. The Venugopala Swamy temple in the vicinity is also very popular. The battle of Bobbili is an historical and significant event in the history of southern India. The battle was fought between he Raja of Bobbili and Zamindar of Vizianagaram, who is aided by the French. Bobbili battle was fought in January 1757. 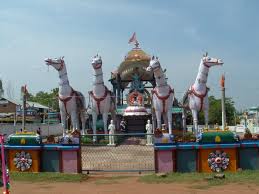 The trip to Vizianagaram is considered incomplete if you haven’t visited Govindapuram. Located at a distance of about 20 km from Vizianagaram city, Govindapuram is a magnificent temple that is based on the essence of Shri Bhagwat Gita. The temple is renowned for its pristine architecture and beautiful sculptures. The main attraction of the temple is the chariot with Lord Krishna. 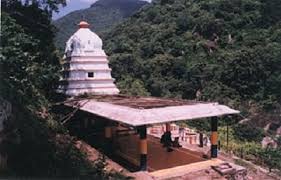 Punyagiri is home to one of the oldest Shiva temples. The sanctum has an underground source of water. This ensures that the Shiva Lingam is always bathed in water. The Trimurthi Cave nearby has three Shiva lingams.

Considering the religious importance of the destination, it is very popular among tourists. Each year a lot of tourists from various parts of the country head to Punyagiri to seek blessings of Lord Shiva. Legend says that if devotees bathe in the waterfall near the Shiva temple and then seek Lord Shiva’s darshan, then they attain salvation. 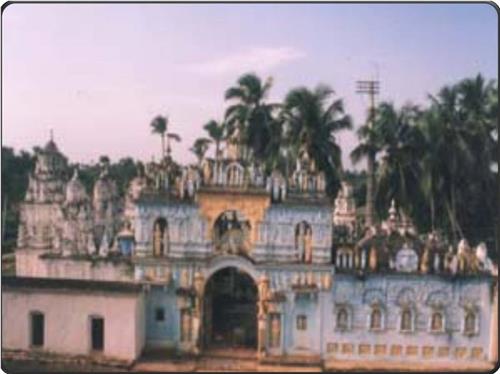 Kumili is a proof of true devotion and dedication. 20 km from Vizianagaram, this small village has a cluster of beautiful temples that were built over 10 years. The main highlights of the temples are intricate carvings, idols, traditional architecture and the paintings adorning the walls. The temples within the complex are dedicated to Ganapathi, Navagrahalu, Shiva, Kalika Devi,  Satyanarayana Swamy, Subramanyeswaraswamy, Seetharamaswamy, Anjaneya Swamy and Venu Gopalaswamy.
It is said that the village was the seat of Vizianagaram kingdom and the ruins of the fort still exist.

Legend says that Pandavas hid their weapons on a Jama tree before proceeding to the final year of their exile. It was during this time that King Dharmaraj and Kunthi installed Thirupuranatha Swamy and Sri Janardhan Swamy at the same place. 500 years ago villagers found the remains of these idols on excavation. The main idol to be found was of Sri Madhava Swamy. It was established at a temple and the temple was called Sri Venugopalaswamy Temple. Jami is located on the banks of Godavari River, just 10 km from Vizianagaram.

Fairs and Festivals in Vizianagram

Although most of the festivals are celebrated with fun and fervor, there are some special festivals and fairs that are the highlight of every region. In Vizianagram too, there are festivals which are unique to the place.

Sirimanu Utsav is celebrated on the first Tuesday after Vijaydashmi. Sirimanu literally translates to ‘big tree’. It is believed that 15 days before the festival Goddess Pydimamba comes in the dream of the temple priest and tells him where the Sirimanu for that particular year is located. The priest performs a puja and cuts the tree. The tree is then placed on a chariot and is brought to 3 Lamps Junction at around 2 pm. The chariot then proceeds towards Vizianagaram Fort and takes 3 rounds around the fort. In front of the Sirimanu, there would be a chariot resembling a white elephant.

Significance of white elephant – It is said that in olden times, the kings used to sit on an elephant and participate in the festival. Carrying this tradition forward, even now the elephant is placed in front of the chariot. 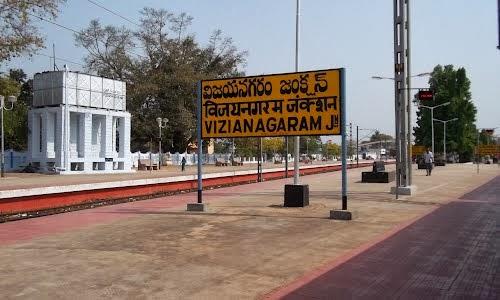 Are you a Business Owner?

Add the products or services you offer